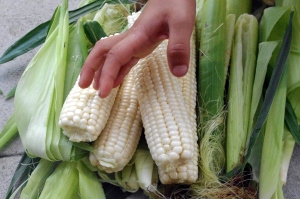 This is, apparently, something of a recurring theme for me lately. As loyal readers know, Plants On Deck recently relocated to East Nashville after over a decade on a 10×10 deck in South Philly, leaving dozens of pots and containers, a couple of orphaned blueberries, and a much-loved but aging and slivered little blue deck behind. 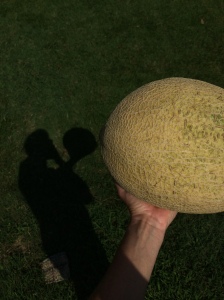 days, and the harsh heat reflecting from endless miles of pavement and cheek-by-jowl row homes that felt like brick ovens, along with murderous hot nights and long dry weeks, made it tough going for landless container gardeners like myself. Water had to be hauled up the sladder two to three times per day, and despite the well-intended efforts of neighbors, friends, and house-sitters, returning from vacation always marked the beginning of the end: it was simply impossible to water enough and the ever-present aphids, finding the one patch of green in Pennsport, were unstoppable. 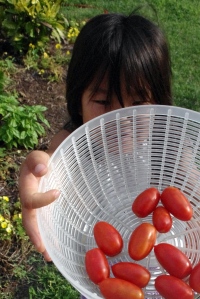 Nashville is hot. Damn hot. But honestly, the brutal edge that made August in Philly feel like what I imagine Mercury must feel like is largely absent here. (Granted, it’s still July.) And the soil here, it grows stuff! This year, returning from vacation meant harvesting nearly 40 cucumbers, 10 cups of basil, three muskmelons, a quart of plum tomatoes, a generous bunch of chard, a half pound of green beans, and heaps of luscious herbs.

Now, after several delicious Silver Queen centered meals, I’ve yanked the corn and spent beans, rerouted the feral Kentucky Wonder pole beans to the property-line fence and have planted a dozen more Royal Burgundy bush beans and spinach seeds. A second garden in late July may be too much to hope for, but then again, pretty much everything about this patch of land, right down to the arrowhead, has been a surprise.

Speaking of reset, while I recognize that Plants On Deck may no longer be the most appropriate name for these gardening meanderings, it’s here to stay. Put the platter on the deck, lower the needle, and keep on rocking, Music City.